S2O Design’s founder and president Scott Shipley was the lead designer of the whitewater park at US National Whitewater Center in Charlotte, N.C. Today, the USNWC is the largest and most profitable pumped whitewater park of its kind in the world. Its design was tailored to maximize commercial rafting across a broad range of user groups and abilities, from Olympic-level athletes to families. The ¾-mile long whitewater park features four separate channels, including a slalom channel for world-caliber races, the world’s highest-volume big water channel, and dedicated options for beginner experiences. The park attracts more than 700,000 users a year, and boats a $37 million regional economic impact. Learn more about the USNWC and Scott Shipley in this case study. 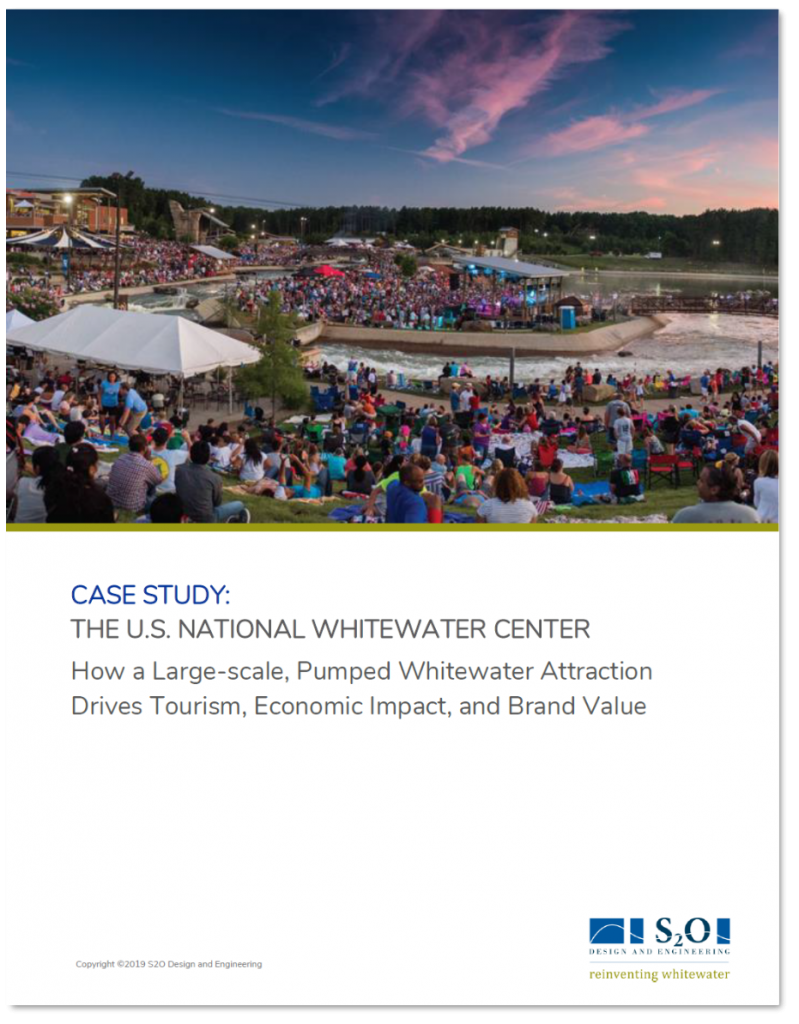